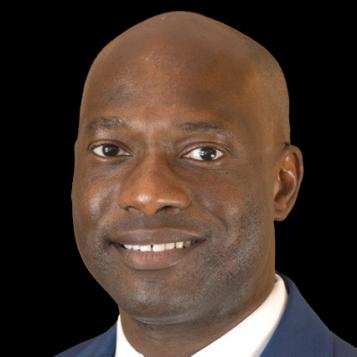 A seasoned trial lawyer who previously spent more than a decade investigating and prosecuting complex financial and public corruption cases.

Uzo is a seasoned trial lawyer who, before joining the firm, spent more than a decade prosecuting complex financial crimes and public corruption. He advises companies and individuals in connection with government, grand jury and internal investigations, and represents clients in criminal and civil trials. He has deep experience in matters involving insider trading, market manipulation, public corruption and other areas of financial fraud.

Before joining Davis Polk in 2020, Uzo was Acting Chief of the Financial Crimes and Public Corruption Unit in the U.S. Attorney’s Office for the Eastern District of Virginia. While in government, he led major fraud and public corruption cases, and tried numerous multi-defendant, complex cases to guilty verdicts before juries. In 2018, he served in the Office of Special Counsel Robert Mueller during its investigation into Russian government interference in the 2016 election, where he successfully prosecuted a former U.S. presidential campaign manager.

Last week, the SEC announced charges against Tenaris for violating the FCPA. The resolution, which included a payment of $78…
May 25, 2022
Client Update

Fifth Circuit holds the SEC’s administrative adjudications to be unconstitutional

On May 18, the U.S. Court of Appeals for the Fifth Circuit ruled that the SEC’s administrative proceedings are…
See more insights